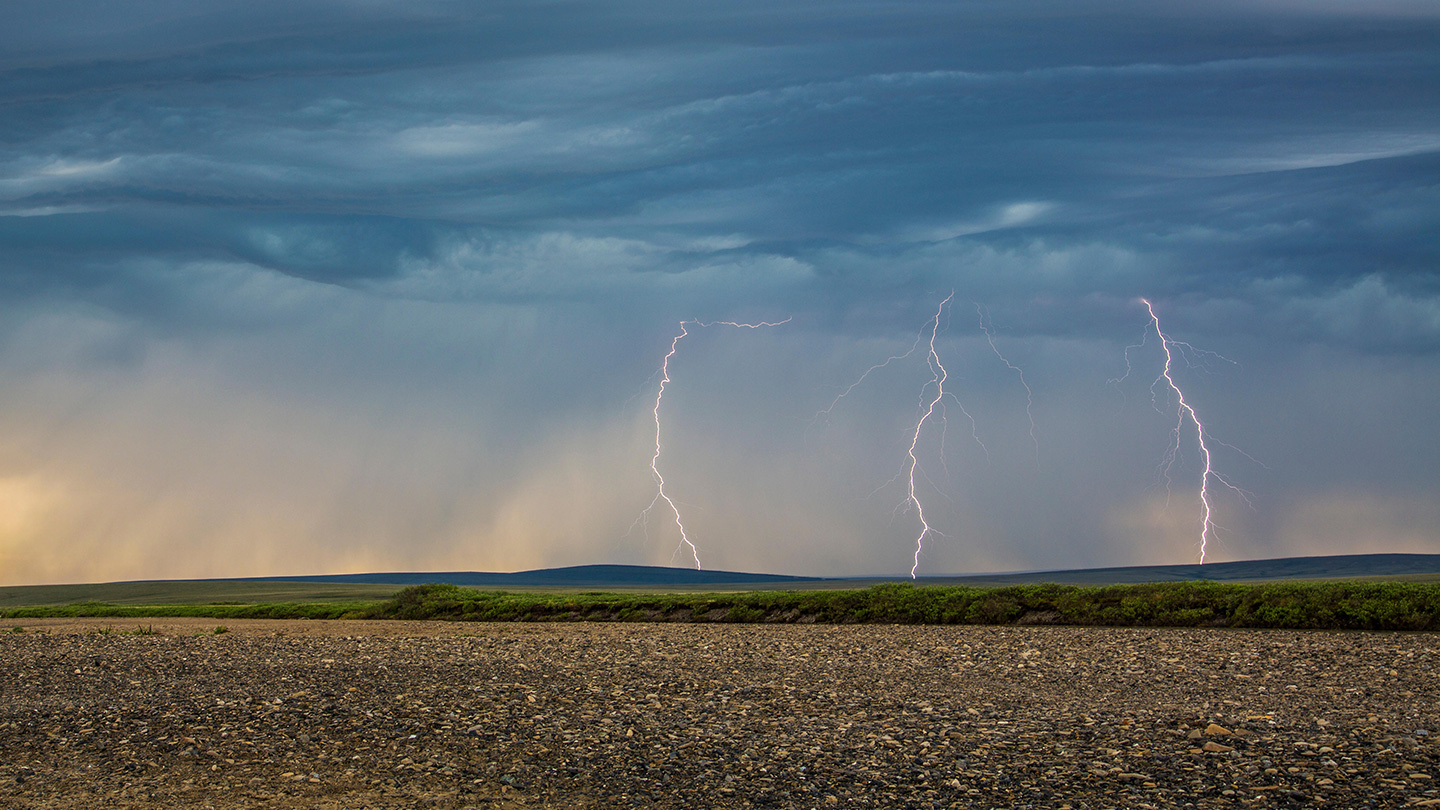 Climate change may be sparking more lightning in the Arctic.

Data from a worldwide network of lightning sensors suggest that the frequency of lightning strikes in the region has shot up over the last decade, researchers report online March 22 in Geophysical Research Letters. That may be because the Arctic, historically too cold to fuel many thunderstorms, is heating up twice as fast as the rest of the world (SN: 8/2/19).

The new analysis used observations from the World Wide Lightning Location Network, which has sensors across the globe that detect radio waves emitted by lightning bolts. Researchers tallied lightning strikes in the Arctic during the stormiest months of June, July and August from 2010 to 2020. The team counted everywhere above 65° N latitude, which cuts through the middle of Alaska, as the Arctic.

The number of lightning strikes that the detection network precisely located in the Arctic spiked from about 35,000 in 2010 to about 240,000 in 2020. Part of that uptick in detections may have resulted from the sensor network expanding from about 40 stations to more than 60 stations over the decade.

And just looking at the 2010 and 2020 values alone may overstate the increase in lightning, because “there’s such variability, year to year,” and 2020 was a particularly stormy year, says Robert Holzworth, an atmospheric and space scientist at the University of Washington in Seattle. In estimating the increase in average annual lightning strikes, “I would argue that we have really good evidence that the number of strokes in the Arctic has increased by, say, 300 percent,” Holzworth says.