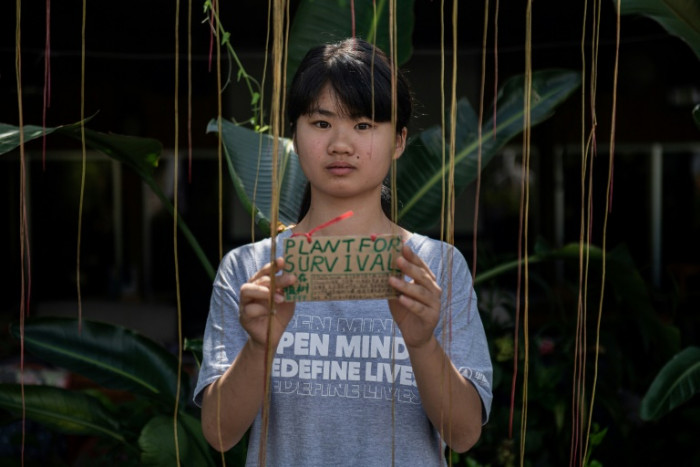 GUILIN, China: While most of her peers are preparing for university or enjoying summer vacation, 17-year-old Howey Ou is braving intimidation and criticism in China to save the world from climate catastrophe.

Young environmental activists around the world have skipped school to attend marches in protest at global inaction over climate change.

But in China, grassroots social movements are heavily suppressed by the government, and the movement is severely lacking in participants.

It has changed Ou's life though. She was inspired by Swedish teenage climate campaigner Greta Thunberg, and held her own week-long solo protest in May last year outside her local government buildings, gaining international recognition.

"The climate emergency is the biggest threat to the survival of mankind. I feel anxious every day about the climate and the extinction of animal species," said Ou, an intense figure who speaks in a fast monotone, reeling off a trove of scientific data from memory.

"I feel like we're all on a sinking ship but everyone is still eating, drinking and being merry."

While Thunberg has addressed global leaders at the UN Climate Action Summit and received awards for her work, the Chinese activist has been kicked out of school for refusing to give up her campaigning.

Known as Ou Hongyi in China, she has also faced run-ins with police, family pressure, and harsh online criticism.