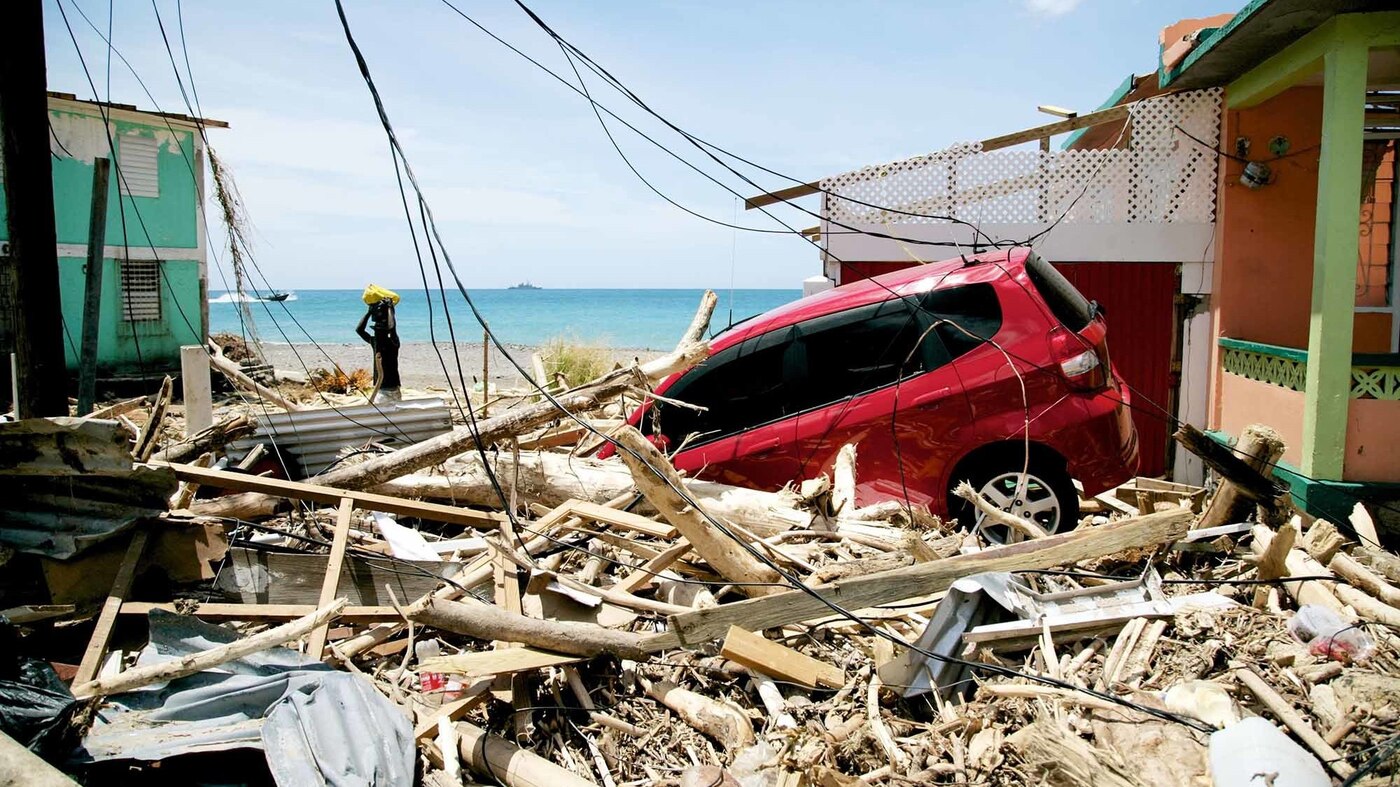 Barbados Prime Minister Mia Mottley wants richer countries to stop throwing garbage in her yard and then telling her to clean it up.

The garbage, in this case, is greenhouse gas emissions that fuel more extreme storms and hurricanes, causing widespread destruction which can cost billions of dollars. At the Glasgow climate negotiations, Mottley is leading a push for richer countries to compensate poorer ones for the "loss and damage" caused by climate change.

Their argument is this: developed countries, like the U.S and those in the European Union, are responsible for most of the heat-trapping emissions pumped into the atmosphere since the Industrial Revolution. Developing countries have lower emissions, but are still bearing the brunt of a hotter climate through more severe heat waves, floods and droughts.

"It is unjust and it is immoral," Mottley said at the summit. "It is wrong."

To help compensate for that, developing countries are asking richer ones to contribute to a loss and damage fund. The money could offer payment for things that are irrevocably lost, like lives or the extinction of species. It could also help countries with the cost of rebuilding after storms, replacing damaged crops, or relocating entire communities at risk.

While loss and damage was discussed at the Paris climate talks in 2015, progress has been slow. Industrialized countries have been reluctant to commit funding, concerned it could lead to being legally liable for the impacts of climate change. At this year's climate talks, developing countries say it's a crucial part of climate justice.

"Providing finance for loss and damage is the very least that wealthy countries can and should do," says Raeed Ali, a climate activist from Fiji and part of the Loss and Damage Youth Coalition. "But to do this, they will have to acknowledge that they are responsible for this."