How global warming causes both extreme heat and cold weather 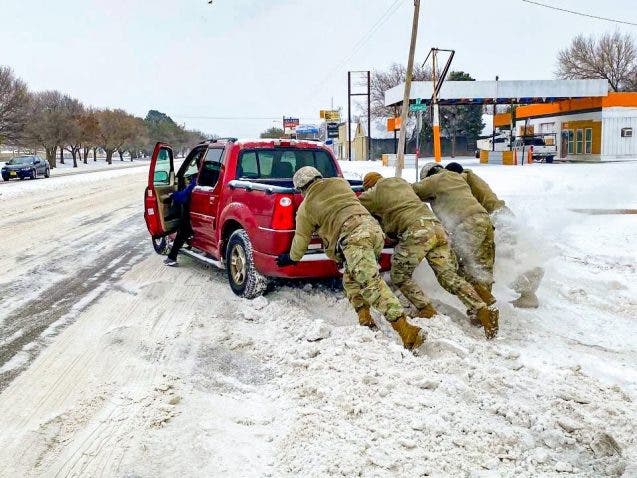 How global warming causes both extreme heat and cold weather

Extreme heat and cold may arise from the same underlying mechanisms, with global warming as the common denominator.

It’s obvious how global warming can lead to record-breaking surface temperatures and heatwaves. After all, there’s “warming” in the term that describes the rise of global average temperatures as a result of more heat-trapping greenhouse gases emitted into the atmosphere. But the same process is responsible for driving record-low temperatures as well, which seems counterintuitive. A new study explains how global warming can drive both sweltering heat waves and frostbiting blizzards by analyzing three extreme events from the past winter.

Harsh winters and blazing summers: what’s the connection
On February 26, 2015, Senator James Inhofe (R-Okla.), who quite ironically used to be the chair of the Senate Environment and Public Works Committee, appeared with a snowball on the Senate floor to demonstrate, once and for all, that climate change is a hoax.

“You know what this is?’” asked Inhofe, the author of The Greatest Hoax: How the Global Warming Conspiracy Threatens Your Future. “It’s a snowball, from outside here. So it’s very, very cold out. Very unseasonable.” Then he tossed it to a congressional page.

This tasteless stunt occurred during a period when it happened to be very cold in the eastern United States. Since then, June 2021 has officially become the hottest June on record in North America while July 2021 was the worst for wildfires since records began.

But while global warming and extreme cold might sound antithetic, they’re actually quite well connected. And if Inhofe would have been of good faith and listened to climate scientists, he would have known this, too.

Research has connected the collapse of the polar vortex — a huge ring of low-pressure, cold winds in Earth’s stratosphere above the North Pole — with extreme sub-zero temperature events.