Back to Articles | « Previous | Next »
Home » Meet the New Climate Refugee in Town: Coyotes 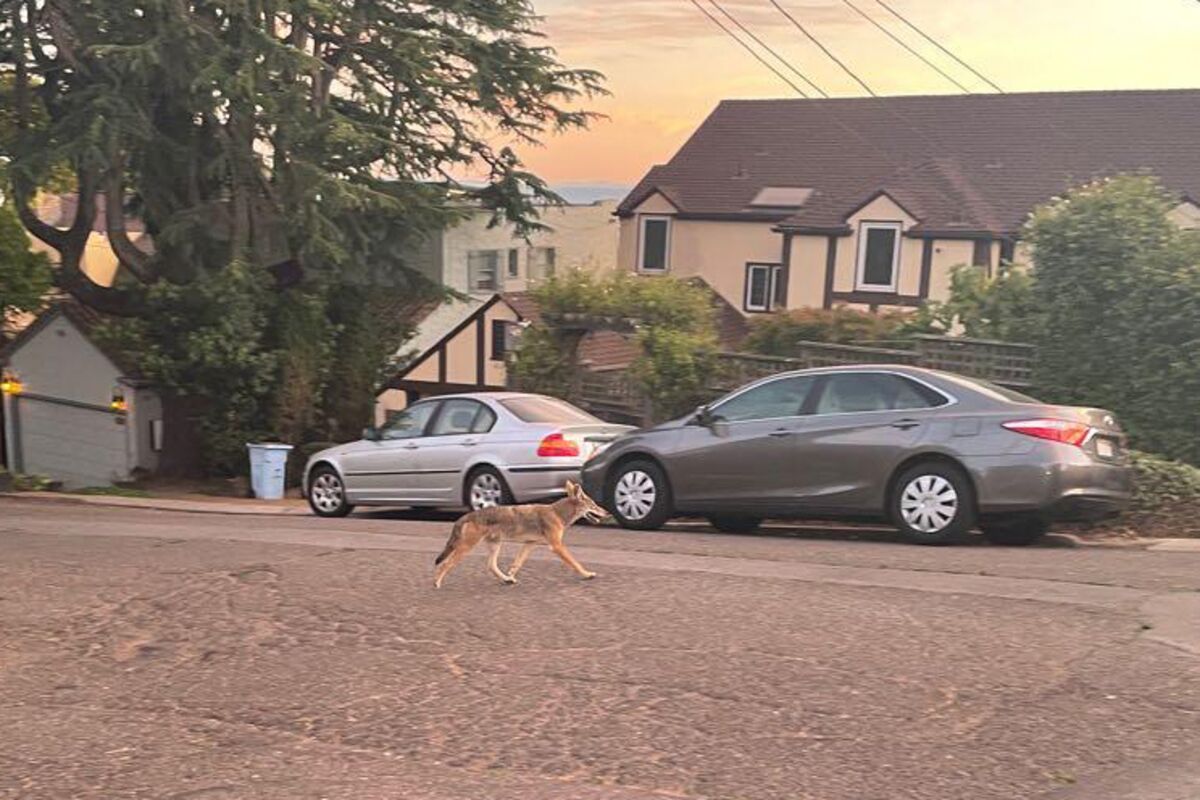 As droughts and fires worsen, wild animals are migrating into cities. In Berkeley, California, some residents have had enough.

Amid the sylvan tranquility of the Berkeley hills neighborhood, an image of a snarling predator, fangs bared, stares down at passersby from atop a pole planted in the yard of a sprawling Tudor-style home. “Danger! “Coyotes!” the homemade placard warns.

It’s a sign of a growing climate-driven conflict. Drought and heat waves are not only fueling catastrophic wildfires in California’s wildland-urban interface, they’re also driving coyotes and other wildlife into the streets in search of food and water, according to scientists. That’s triggering clashes among residents over an influx of four-footed climate refugees into the Berkeley hills and adjoining neighborhoods wedged between a vast regional park and San Francisco Bay.

Tracy Richardson says she and her partner put up the sign after a coyote crossed into their yard on an August Sunday morning and growled at them and their three cats. A week later, she says, a coyote snatched one of the felines and ran down the street. “Our cat was sitting like five feet from us and the coyote came up to get the cat,” says Richardson. “We're doing this is to stop the inevitable, which is a human is going to get attacked.”

Attacks on people are rare. But with reports of coyotes roaming the hills and preying on pets multiplying as California’s record-breaking drought drags on, the response from some in this affluent, ecologically self-conscious enclave has become increasingly dark. “I am in favor of shooting the most dangerous coyotes,” one neighbor declared on Nextdoor in August while another wrote, “Would be nice to see coyotes eradicated from the city.”

Richardson has hired a trapper, who placed a cage on their property. No coyote has yet been caught.