People of faith are allies to stall climate change 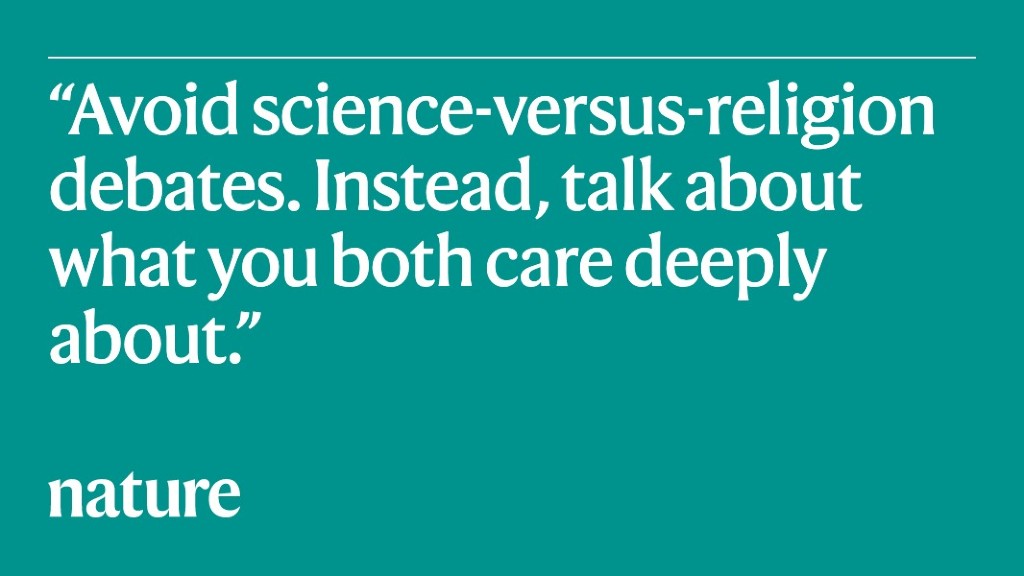 People of faith are allies to stall climate change

Together, religious groups and scientists can be a powerful force for a liveable planet.

I am used to sceptical looks when I talk to scientists about my work with religious communities. They have reason to see science as under threat from zealots: examples abound, from the treatment of Galileo Galilei to vaccine aversion. But faith communities can feel the same way about scientists. Even if they disagree on important topics, it’s both possible and essential to collaborate on urgent issues, such as the fact that large parts of Earth are becoming uninhabitable. In my view, this Easter, Passover or Ramadan is the perfect time to start.

I’m a political scientist who studies how religious groups respond to problems, from environmental crises to domestic violence to racism. Since 2013, I have worked with other researchers, some religious and some not, to explore climate science with communities of faith.

I’ve seen the power of this approach: some 1,200 institutions have committed to divest from fossil-fuel companies, totalling US$14.5 trillion. One-third are faith-based organizations. Many, such as Operation Noah, are led by scientists. Similarly, the group Extinction Rebellion Muslims has built a transnational network with scientists and activists in Kenya, Gambia, the United Kingdom and beyond; they host “Green Ramadan” seminars. Their efforts stalled plans for a luxury tourist resort that would have destroyed parts of the Nairobi National Park in Kenya. A co-campaigner, Maasai leader Nkamunu Patita, has been appointed to a government task force that will map wildlife-migration routes and be consulted in future development plans.